When JB sand I heard that Steve Aoki, one of our favorite DJs, was going to come play in Nicaragua for Semana Santa, we both knew we HAD to go. For those of you who don’t know who Steve Aoki is, he’s like the Carlos Santana of electronic music–he has his own music but is always collaborating with other artists in various different genres, which makes his sound diverse and appealing to many. We had to see him! When else would we be able to see a world famous DJ on a secluded beach just 20 mins away from where we were in Nicaragua? We immediately got our tickets and started a countdown. 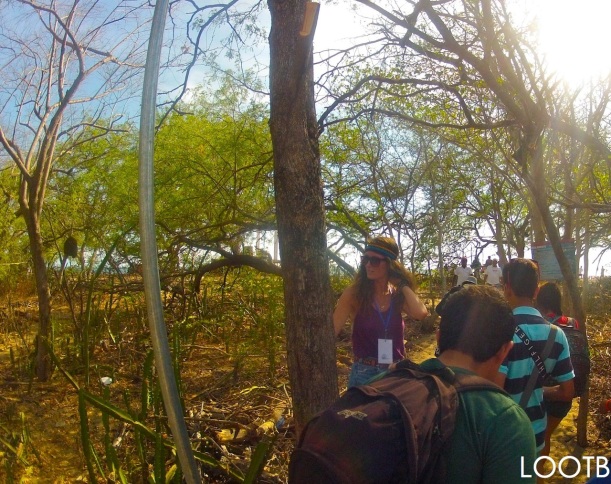 On the day of the concert, we walked to catch the first bus, filled with people our age, out to the beach. It only cost us $1 to get from town down the long dirt road to the epic Eskamekita beach on Nicaragua’s pacific coast line. We go there, we walked down the path and emerged onto the most beautiful beach either of us had been on. It was a perfect 85 degree day, the water was warm and the soft white sand was sparkling. We were in our happy place. 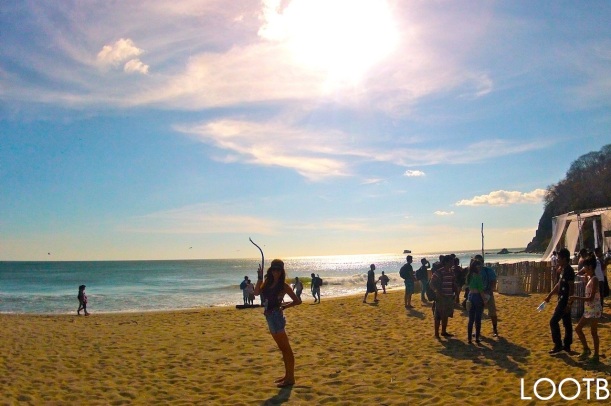 To the right of us was the concert structure along with a very cool beer garden equipped with flat screen TVs and locally made hammock chairs all around. There was a local DJ playing some great music, a ton of Victoria beer stands, and a mix of people from Nicaraguans to gringos hanging out in the sun waiting for the concert to start. It was the most amazing thing to see a big concert set up right here on this beautiful beach. 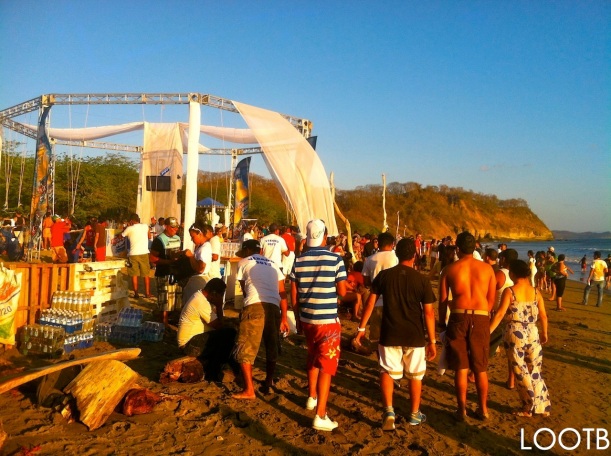 It was only about 3 in the afternoon and the concert was going to go on until tomorrow morning, so we had a long night ahead of us. We decided to grab a beer and explore the new beach. As we walked on the beach to take in the scenery, we realized that we were surrounded by only people in their twenties or younger. It was a fun and energetic atmosphere as we all laid out on the beach, danced to the loud music in the background and drank beer. This was living out of the box. 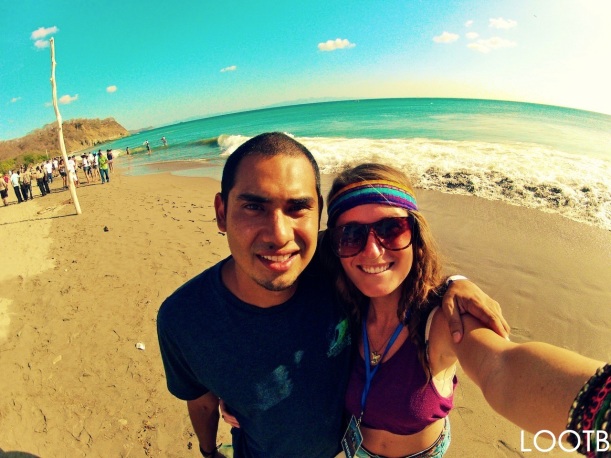 Before we knew it, the sun was going down and more people were pouring in. We decided to go closer to the concert area on the beach and meet some new friends. We quickly met lots of really nice people from all over the world. Everyone was so happy and excited about the night approaching closer.

We all couldn’t believe that this concert was really going down on this beach in Nicaragua. We all danced together on the sand to the various DJs that played throughout the colorful sunset. It’s beautiful to see how music can bring strangers together and make people truly feel a live.

The sun finally went down and the dark starry night sky took over the beach. The lights from the DJ stage, however, were vibrant and lit up the energized young crowd. Several DJs from Central America mixed their own beats with all kinds of songs from hip hop to dubstep, to rap and everything in between. It was a non-stop dance fest. Although we were all having a blast hearing new music from different DJs, everyone was in high anticipation for the main event of Steve Aoki’s performance.

1 am came before we knew it because, as always, time flies when you’re having the time of your life. The crowd started going nuts when, just to the right of the stage, we all saw Steve Aoki walk up towards the DJ booth with his entourage. It was time. The lights turned off and so did the music. The moonlight was the only thing that dimly lit up the beach and you could see girls on the shoulders of guys screaming at the top of their lungs along with everyone else in the audience.

Suddenly, the bright lights came on, Steve Aoki was up on stage and the music began blaring. Chaos ensued. Neither of us had ever seen such a strong reaction to one person from so many people.

It was such an intense moment that we both looked at each other and had goosebumps. We started jumping up and down with our fists in the air along with everyone around us to the loud music. There was a feeling in the air that’s indescribable. All of us strangers from around the world, who spoke various different languages, were all brought together here on this beach in Nicaragua for one reason: this exact moment. This music. This DJ. We all might have spoken different languages, but we all knew the words to every song and were singing along throughout the night.

The crowd wasn’t the only thing being energized by this moment–Steve Aoki was going nuts on stage jumping up and down to his own music and interacting with the crowd. His signature moves with the audience are throwing entire cakes at the people who bring the most attention to themselves and then throwing out a big yellow raft on top of the crowd to ride around the audience. He did both, making the music that much beter and the whole performance highly entertaining.

He played all of our favorite songs from “Turbulence” to “Ladi Dadi” and ended with an encore performance of my all time favorite song “Pursuit of Happiness“. Even though our arms were sore from constantly fist pumping and it was close to 3 am, we didn’t want the concert to end. There were going to be two more DJs playing until the early morning, but it was time for us to go home–we had lots of LOOTB work to do in the morning. 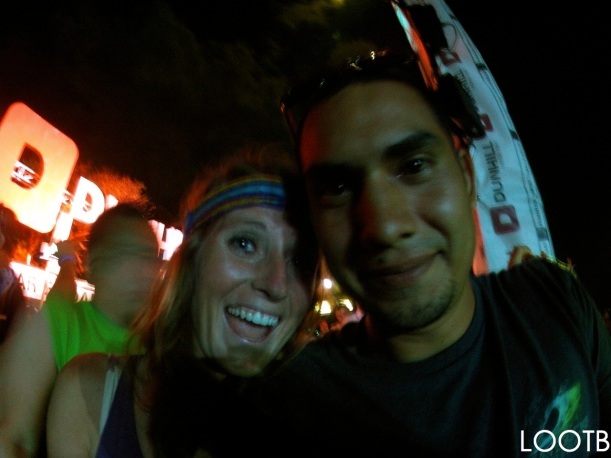 This night, however, had been one of our all time favorite nights in Nicaragua since we moved here. The road of starting your own business and being an entrepreneur is filled with extreme highs and lows–this experience was an extreme high. We had the time of our lives and as we walked out of the concert to hopefully grab a shuttle back to San Juan del Sur, we both reflected on the epic concert we had just been a part of.

There are of course other amazing concerts happening all of the time all around the world, where music is bringing people of all kinds together as one. But this night was special to us. We felt connected with people we had never met, in a country that was not our own, on a secluded beach, in the middle of nowhere on the pacific coast of southern Nicaragua. We were brought together by a DJ from our homestate California, whose music gave us a little taste of comfort from home that made us both come alive.

Whenever I hear one of the songs from the concert, I am instantly taken right back to that night on the beach. It’s a memory I’ll hold onto as one of my favorite nights dancing, singing and loving life in my twenties. Those moments are what life is all about and if you would have told me a year ago that I’d be watching Steve Aoki on the beach in Nicaragua until 3am, I would have thought that could only happen in my dreams. But I suppose that’s what happens when you’re living Life Out of the Box–dreams really do come true.

A HUGE thanks to Spin Productions Int. for putting on this once in a lifetime concert. To keep up on many more amazing concerts they put on in Nicaragua, check out their Facebook page. 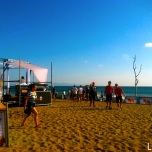 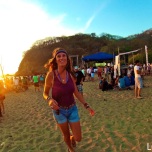 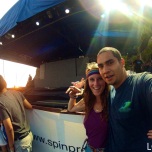 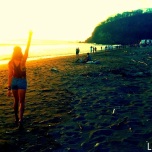 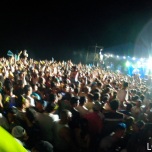 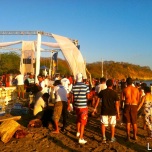 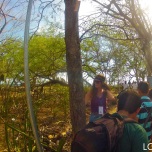 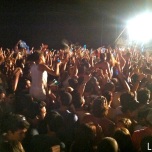 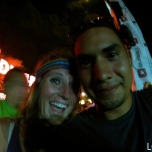 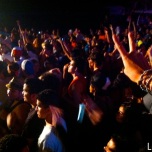 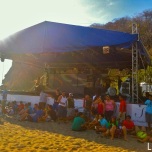 11 responses to “Steve Aoki on Eskamekita Beach in Nicaragua”